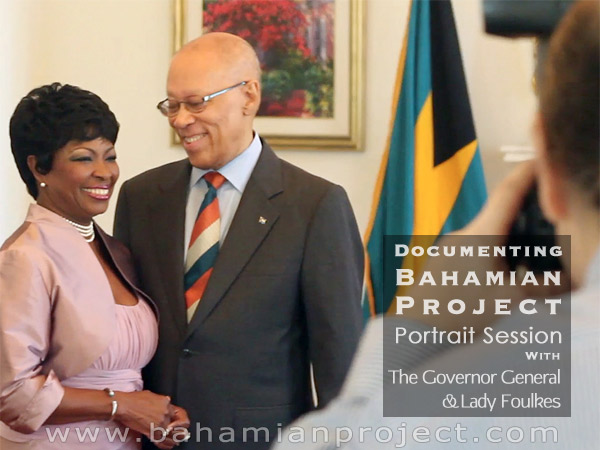 When The Bahamas celebrates 40 years of independence this year, many of the activities will be the expected crowd-pleasers – fireworks, music, speeches and Junkanoo. The one that might just outlast all the momentary bursts of national pride, however, could be a collection of portraits, faces from every walk of life, that could ultimately make up a national portrait gallery.

The organizers of The Bahamian Collection are now proud to announce that Governor General Sir Arthur Foulkes and Lady Foulkes have agreed to serve as patrons of the unveiling of the first 40 portraits of the Collection.

The unveiling will take place July 11 at The National Art Gallery of The Bahamas (NAGB) as part of the 40th anniversary celebrations.

“We are delighted that the Governor General and Lady Foulkes have accepted our invitation to serve as patrons of the unveiling and of this exhibition,” said Amanda Coulson, NAGB Director. “We are very excited about creating a strong foundation that we hope will grow into a National Portrait Gallery and about the potential this show has to travel, showing the world who we are as a people and revealing our true national resource, the human capital.”

The Collection is the brainchild of Duke Wells, a well-known photographer and long-time Bahamian resident. “Many countries have national art galleries, but most other national galleries focus on leaders — presidents, prime ministers, governors, business or religious leaders,” said Wells. “What we wanted to do was to show the real faces that make up the spirit and soul of The Bahamas. Yes, we want the leaders and so we have photographed several. But we also want the musicians, the artists, or Mr. Miller, who has been cleaning and selling conch at Montagu so long he is held in esteem by all the other vendors, or the street philosopher Potcake and the cheerful phone card vendor.”

As Wells, the former president of a major international photography association, takes the pictures, his wife Lisa, also a photographer, captures the moment and posts vignettes of every photography session on her blog here on  www.bahamianproject.com.

“The site has become so popular that it has taken on a life of its own,” she says. “What’s been really rewarding is to see how many people truly appreciate what this project means and how pure Duke’s black-and-white photography is. It takes us several hours to set up lights and equipment and sessions can take up to three hours until we get that one shot that is the one that will live on forever.”

With NAGB and Popopstudios as partners, the Wells’ are aiming for a three-year project with about 60 photos per year, each large image printed on canvas and framed a way befitting its entry into a national portrait gallery.

Written By Diane Phillips and Associates

Photo Caption: CAPTURING THE MOMENT  —  Photographer Duke Wells, right, captures the look of happiness with Governor General Sir Arthur Foulkes and Lady Foulkes as he prepares to photograph them for their official portrait in The Bahamian Collection. The first segment of the Collection, the brainchild of Lisa and Duke Wells, will be unveiled at The National Art Gallery of The Bahamas July 11, under the patronage of the Governor General and Lady Foulkes as part of the Bahamas’ 40th Anniversary of independence celebrations.