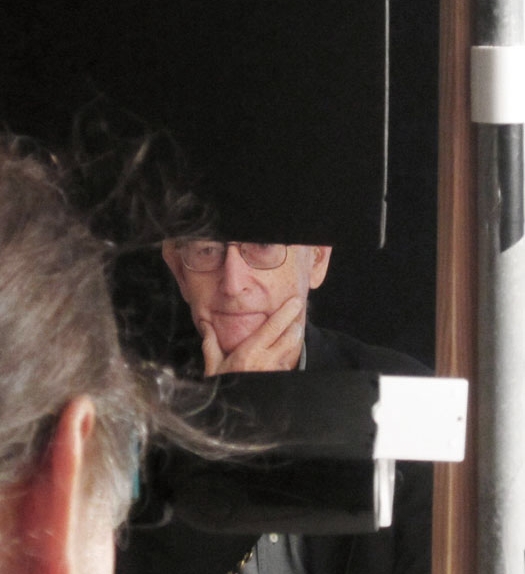 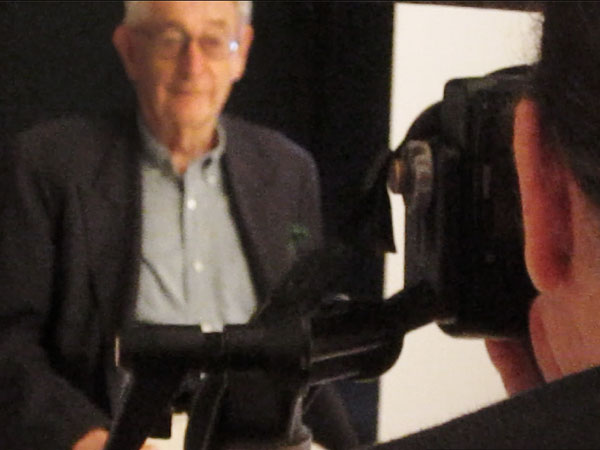 Mr. Coulson said he hadn’t had a portrait done in about seven years. He sat down in the appointed spot and very obviously opened his eyes wide for each click of the camera. “For portraits, I deliberately open my eyes wide,” he said. He then told us of some one he knew whose eyes were usually semi-closed, but who would always suddenly open them wide when making a point or having a photograph taken.  It just looks more alert, he said.

We now call this the “make a point look” and we have successfully used it with some of our other portrait subjects when we have sought a more “focused” look.

After the photo session, we chatted in some depth about the screenplay he had recently written on the infamous unsolved murder of Sir Harry Oakes. “It is just a theory, no one really knows what happened but there are many theories and mine is as good as any,” he said with a smile.