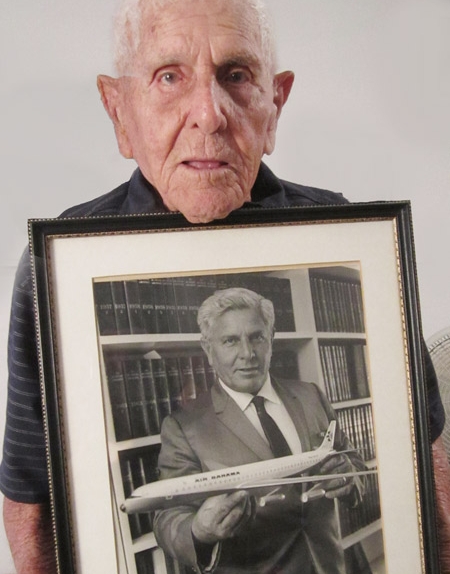 On the wall in the Maillis’ Law Office hangs a poster commemorating the World War II achievements of the senior generation of Maillis brothers. Under the title “We Also Were Warriors” is a photo and a brief write-up summarizing the involvement of each of the three brothers.

Next to Alexander Pericles Maillis’ name it reads:

“Alexander Pericles Maillis, born Nassau, August 14, 1916 was attending second year of Law Studies at New York University, having obtained his first degree in Economics and Finance and was drafted under the US/ British War Treaties which allowed British subjects working in the USA to be drafted. He was trained as a paratrooper and went to Indiana University to learn German and French and attached to the US Third Army. Crossed to England and to Normandy France on DD+17 and served as a Sergeant in General Patton’s US Third Army Air Corps Intelligence and was in the drive all the way across France and was the first US Army soldier to enter the city of Frankfurt, Germany to ascertain resistance. He also won a US Army Essay Prize and an in-service scholarship to the Sorbonne University in Paris demobilizing in 1946.”

An article (82KB PDF) in The Nassau Guardian published April 4, 2005 reads:
“Because the British Legion and the R.A.F. do such a good job in organised memorials of those who fought for our freedom directly under the British Flag, modern Bahamians forget that many, many Bahamian boys ended up, one way or another, in other allied armies – all were heroes – the generation that won the greatest and most terrible war – and preserved our modern freedoms. Alexander Maillis was one of them. He came home from war with nothing but pride, memory, knowledge and experience.”

In our studio we have on the wall one of the final portraits done for the Bahamian Project. It is of Peanuts Taylor, whose career as a musician back in his fledgling days, I was told, was aided by Alexander Maillis. After returning from the war Maillis and one of his brothers opened The Imperial – a restaurant and nightclub. It was during this time that he was critical in the development of some of our most well-known and beloved musicians, including Blind Blake, George Symonette and Peanuts Taylor.

And also of interest, if you ever wondered where one of our most popular dishes “Cracked Conch” came from – well, Alexander Maillis invented that during his restaurant days – both the dish and the name. 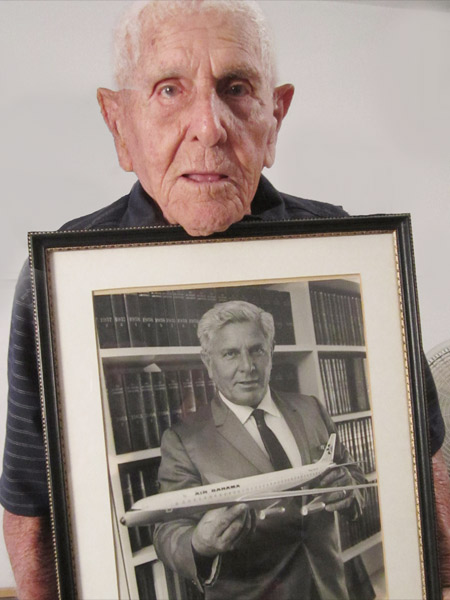 Since those days Mr. Maillis has been an attorney, an environmentalist, a politician – he was a founding member of the United Bahamian Party and later a member of the Progressive Liberal Party. He was instrumental in the leadership of International Air Bahama – an independent passenger flight transportation carrier founded in June 1968 – serving as managing director and then president of the airline in its heyday. He has been a man of the sea, a man of the church, a family man, a man who has served his country well.

Now in his 90s the patriarch of the Maillis family enjoys retirement and reaps one of the greatest benefits of having sown a good life… the satisfaction of knowing that his contributions have made his country a better place. He lives by the sea on the south side of the island on a large family compound  surrounded by mango orchards – the “Maillis Ponderosa” so to speak. Each year the Maillis family harvests many bushels of big juicy mangoes which are supplied to stores and vendors around the island.

We wanted to document the senior Maillis in a way that related to his life today so we chose to photograph him with a mango and a rustic old knife in hand. He was a pleasure to photograph. Calliope, his wife for over sixty years, had accompanied him to the studio. After the photo session he looked at her with glee and told her he wanted a kiss. She obliged.

One Reply to “Alexander Maillis, Senior”